More
HomeAllWhy is Your Dog Growling? 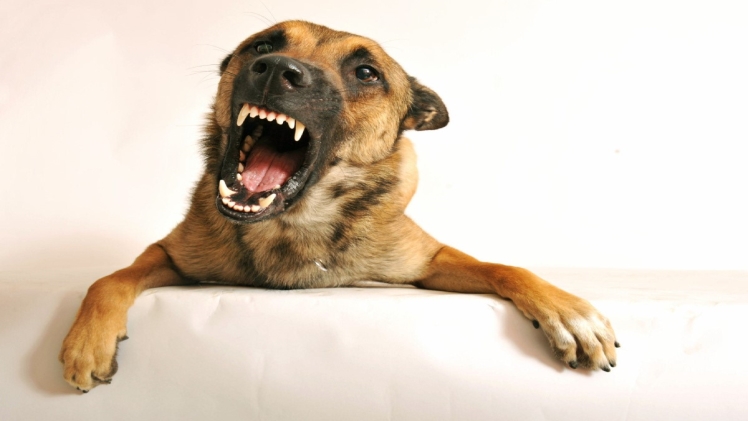 Why is Your Dog Growling?

How often does your canine growl? Dogs use growling as a method of communication with their owners in order to express happiness, displeasure, aggression, fear, and pain.

It’s paramount for dog owners to interpret various types of growls so as to understand how their loving companion feels. Vocalization and body language are the main factors to consider in the process of interpretation. Dogs growl with a closed mouth when they are afraid, but snarl when they feel aggressive or threatened. A pet insurance policy will protect you against costs and administrative paperwork, as well as helping you provide the best care for your dog if injured or sick. If you decide to take your dog to the vet for a professional assessment, make sure you have a policy in place.

These reasons provide insight into why your dog growls.

It’s common for canines to growl while playing with their owners or chasing other animals as a way of expressing their vigor and excitement. Nevertheless, some dog parents, particularly those having no experience in taking care of a canine, find these growls frightening. In order to differentiate between playful growls and aggressive behavior, owners are advised to analyze the body language of their companions. Click here for some tips on telling whether your dog is playing or fighting.

For instance, when producing growls in the course of play sessions, these sounds are more high-pitched than usual. Also, canines have a tendency to bend down on their front legs and raise their bottoms in the air. Anyhow, once the sounds become more intense, make sure to stop the play session and let your dog calm down. After several minutes, the play session can resume, but you’ll still have to monitor the behavior of your companion.

Not many dog parents associate growling as a sign of showing affection. Canines, however, emit such sounds when feeling content or seeking more affection from their owners. Affectionate growls aren’t loud, similar to the purring sound felines make, only a bit louder. Such growling tends to happen when owners pet their canines, which means they shouldn’t consider it aggressive. 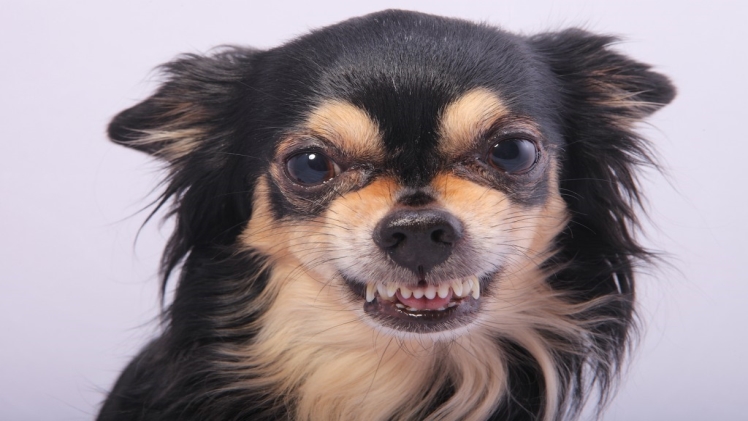 Nevertheless, when visitors pet your companion, they should be made aware of the growls it emits when petted in order not to fear its reaction. When canines bark in search of affection, they might lack the required stimulation. Therefore, you should ensure your canine is stimulated enough through physical exercise or walking.

Another potential reason why your dog might be growling is when expressing frustration. When coping with pet growling, owners should pay close attention to their body language and tail position. The higher the tail of your companion, the more frustrated or aggressive it is. Canines produce frustrated growls their desires aren’t met.

For instance, such behavior generally occurs when dogs wish to remind their owners that dinner time is approaching. The hungrier your companion becomes, the more frustrated the sounds. Another scenario when dogs feel frustrated is when not being allowed to approach another canine on the street in order to play.

Canines turn to growl when expressing aggressive behavior, usually triggered by their hunting instinct. The majority of dogs become belligerent when their position of alpha is threatened by another animal, thus engaging in a fight. Their hostility can be surprisingly powerful, making them hunt other animals with an intention to kill them.

Aggressive growling is generally distinguished from the other types of growls, as it’s usually accompanied by snarling. Dogs have a habit of showing their bare teeth while expressing dominance. Having an aggressive dog requires action on the part of owners, such as hiring the assistance of a professional trainer. Keep in mind that hostile canines are likely to cause injuries to people and other animals. See this URL, https://www.thesprucepets.com/dogs-and-aggression-1118229, to learn how to stop aggressive behavior in dogs.

When feeling fearful or surprised, canines have a tendency to growl as a way of chasing the threat away. The threat might be a person, another animal, or even an object. Most dogs growl when their food and territory are under threat. When growling because of being afraid, these animals have no intention to engage in a fight but only scare off the threat.

When growling fearfully, the bodies of dogs are stiff and their mouths closed. Unless the threat leaves, they expose their teeth so as to seem more frightening. If your companion snarls when feeling scared, your job would be to locate the stressor and eliminate the threat.

Another reason why your fluffy friend growls could be a health problem. When experiencing excruciating pain, canines express their discomfort by growling, particularly if touched on the area where the pain originates. In such cases, this behavior is either caused by an injury or illness.

If your pet is unusually lethargic and snarls when touched on a particular body part, make sure to schedule a vet visit. When taken to a veterinarian, the growling sound is likely to intensify while the vet examines your pet’s body. After locating the root of the pain, the vet will prescribe some painkillers or natural remedies to treat the issues. Once the pain is eliminated, growling will cease. By visiting this site you can know about Dog Reviews Food.

Growling is a basic form of communication between canines and their owners.

Make sure to master it in order to understand your companion better!