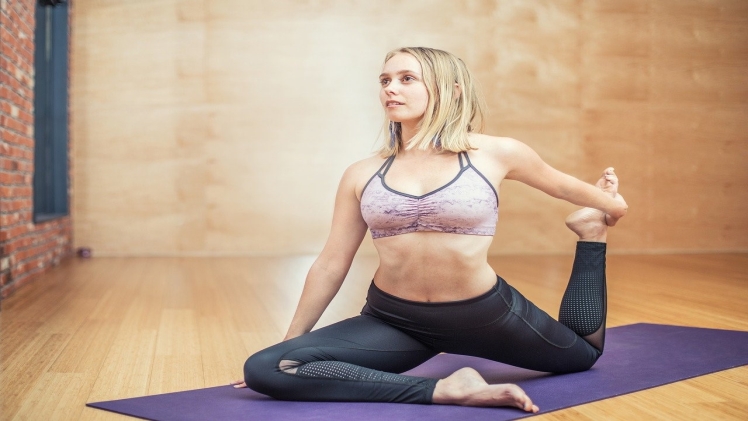 Just a handful of years ago, it’s thought that there were just under 2.2 million people performing yoga regularly across Australia. Since this statistic, this number has increased. While some visit gyms, others follow YouTube videos (a practice that was particularly popular during the global pandemic and the various lockdowns!).

On the other hand, in 2018, it was reported that Pilates had around half the followership, with 1.2 million people performing the exercise regularly.

However, both of these exercise types now outperform aerobics and many other forms. From 2008 to 2018, the percentage of Australians doing yoga regularly increased from 5% to over 10%. Meanwhile, around 6% of Australians now do Pilates regularly.

Therefore, the answer to the question posed in the title is yoga. 2.2 million Australians performed yoga regularly in 2018 compared to 1.2 million who took part in Pilates. However, the reason for this is likely due to the differences between Pilates and yoga more than anything else.

Difference Between Yoga and Pilates

There’s no denying that Pilates and yoga have similarities, and some people have even started to perform a combination of the two called ‘Yogilates.’ What’s more, they both focus on the connection between mind and body while performing low-impact movements. Those who participate in yoga or Pilates tend to enjoy a higher quality of life with better health.

Yet, the biggest difference between the two is that Pilates is all about toning and core strength, while yoga uses more controlled movements to harmonise the body and mind. It is prevalent in both, but it’s more important in yoga (which can be traced back to its origins over 5,000 years ago in India).

Also, it’s essential to look at the end result when comparing yoga and Pilates. If you want to relax after a long day of work and create a meditative environment, this is more likely to come from yoga. If you want more awareness for your body and a genuine physical improvement in terms of strength, the solution you need is Pilates.

Pros and Cons of Yoga and Pilates

Starting with yoga, the biggest benefit is that you create a relaxing environment away from all the stress in the world. With deep breathing and calm movements, participants can normally transport themselves away from their everyday world and enter a world of peace and serenity instead.

Elsewhere, yoga can detoxify the organs, tone the body, grow the connection between body and mind, and it can be done in the comfort of your own home.

In terms of cons, yoga classes are expensive, and some people struggle to find time for it in their busy schedule. Additionally, some people feel uncomfortable when first trying yoga. While this may be the case, we continue to see many people signing up for The House of Yoga instructor course, to teach classes in their own communities.

With Pilates, the benefits include balance, flexibility, and strength – three of the core tenets of health and fitness. If you’re hoping to improve overall fitness, Pilates is one of the best exercises around. Furthermore, Pilates is low impact, can tone the body, and helps with posture.

Like yoga, you can also perform Pilates at home, either using what you’ve learned in classes or following a tutor online. For example, YouTube has plenty of Pilates sessions with experienced teachers.

Sadly, Pilates doesn’t help so well with weight loss or fixing calorie deficits. In terms of classes, they tend to be busy. For this reason, lots of Pilates students start at home with a simple mat.

Check out f95zone, the best gaming site where you can play online games.