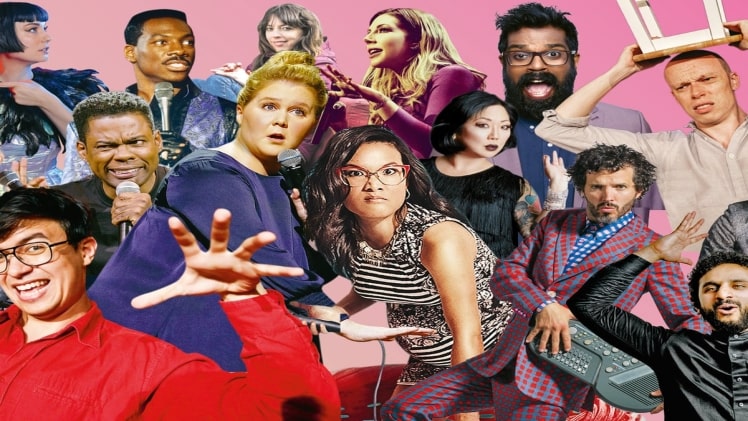 LA is known for its abundance of comedy clubs and comedians.

The best stand-up comedians in LA are diverse, but they have a few things in common. They are usually the most popular and famous, they often host their own shows, and they all have a huge fan base.

In the past, comedians would have to go through a lot of trial and error before they could start making money from their stand-up.

Nowadays, there are many opportunities for comedians to perform on TV and otherwise make money from their stand-up.

What better place to make it in the entertainment industry than the center of it all, Los Angeles?

This list is a compilation of the top stand-up comedians in LA.

Josh Denny is a comedian who has been entertaining audiences since 2002.

He began his career by performing stand-up comedy in New York City at places like Comedy Central and HBO.

He was invited to perform on the TV show The Tonight Show with Jimmy Fallon where he did a spot-on impression of actor Christian Bale.

Today, Josh Denny is one of the most popular comedians in America. His writing style is conversational, funny and accessible. His humor is at times irreverent or shocking but always very human.

He has a knack for finding the absurd in everyday life and making it relatable to everyone.

Kevin Hart is a comedian who has won numerous awards and has starred in many, many movies lately. His career has spanned over 20 years, and he is also an actor, producer, and entrepreneur.

Hart was born on July 6, 1979, in Philadelphia, Pennsylvania. He began his career as a stand-up comedian at the age of 18 when he was working as a dishwasher at a local comedy club.

Kevin Hart started to perform at stand-up comedy clubs during the late 1990s and early 2000s before achieving success with his first movie appearance in The 40 Year Old Virgin.

Today, Hart is a big box-office draw and regularly performs comedy, including in the Los Angeles area, near where he lives and still works.

You can catch Hart on stage or on the big screen today.

Carlos Mencia is a comedian and actor who has been in the industry since the late 80s. He is also known for his Comedy Central show, Mind of Mencia, which ran for a few seasons in the late 2000s.

Carlos Mencia was born to a Mexican mother and a Honduran father. His parents divorced when he was just two years old and Carlos was raised by his mother, who worked as a maid. Carlos came from humble beginnings, but his hard work paid off with great success in the entertainment industry.

Mencia lives in the Los Angeles area and still performs there regularly. He is definitely worth catching when you can see him.

Make it a point to check out these Los Angeles-based comedians the next time you’re in the area!