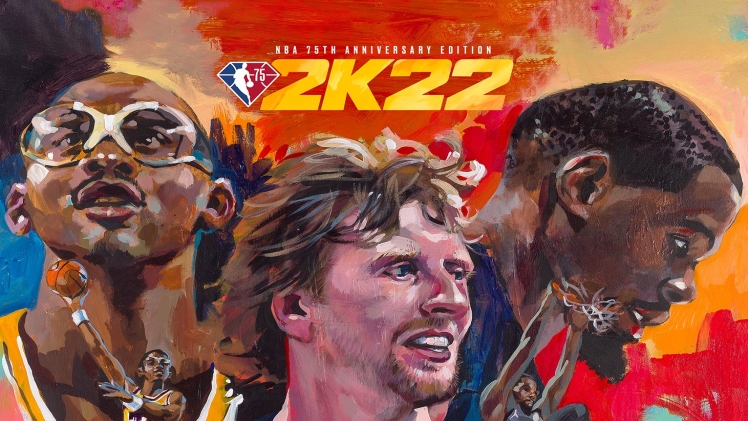 We are not very far from the release date of NBA 2K22 and many fans are wondering what changes have been made to the game compared to the previous title. It would seem that 2K is trying to bring a new approach to the story mode. Unlike the usual cutscene, NBA 2K22 would offer to carry out quests and side quests, in an open world.

Build your dream squad with new content and features with each new season. The most notable addition to come is familiar to MYTEAM players. This mode has been seasons for a bit now, but 2K extends it even more. Now, fans of MyCAREER and The W will also be able to join the fun with new content introduced each season for players to win rewards including NBA 2K22 MT. Expect to see cosmetics and much more brought to these modes with the development team seemingly pushing for engagement in all the many modes of NBA 2K22.

Draft mode will be back into MyTEAM. This fan favorite has been gone for quite some time, so seeing him make his return is great news for those who have marked his absence. In Draft, players will be able to select their full roster from a rotating group of players, and then they can take that team and use it to participate in multiplayer matches. On top of that, 2K plans to introduce a new game mode during the holiday season.

2. Better Rep Rewards, Not Unlocks We Have To Purchase

We need better REP rewards, this is something that all of us have been talking about in the community. These unlocks in NBA 2K21 are not rewards and especially due to the fact that when you get the unlock you then have to purchase it spending like 250K VC on it. That’s not a reward, you’ve unlocked something that you then have to purchase or you have to grind for VC or 2K MT to get, imagine you’re a game show winner and in order for you to take home the new car you have to purchase it, but all you did was unlock the ability to have it, you get the keys if you have to buy it,  use the money you want and purchase it. Nobody would want to be on that game show.

The NBA 2K22 experience for PS5 and Xbox Series X, MyCAREER will extend beyond the four corners of the basketball court. Players can now pursue parallel activities and live a life of luxury with lucrative offers and fashionable spaces. Just like in real life, basketball pros can become business tycoons, and this is your chance to live this life here.

4. Street Clothes – For The Blacktop

We want regular gear on the blacktop and wear our street clothes that we wear in the city on the blacktop where we play 1v1 against famous NBA players, we want the NBA players to have their NBA jerseys on the blacktop. When we saw the warm-ups, we thought we were going back to being able to wear your street clothes in that close environment but we was wrong, the ringers and ballers is back if you play with your custom character your MyPlayer against an NBA player, you’re wearing the ringers and ballers gear again. How can we get proper close-ups for thumbnails and zoom in with some nice instant replays in our street clothes, with our tattoos and the shirts off, and the funny hats that we’re wearing we used to be able to get those close-ups in the blacktop, they took it out of the game for years. Ringers vs ballers is still here and it looks like it’s still here to stay, this may not be a big deal to some of you that are not content creators, but it made it made the game a whole lot more fun to play when you could play in your regular street clothes.

In attack, there will be new movements and signature combos to break the ankles of defenders. Precision shots, dunks in traffic and alley-oops will now all become skill-based. The Qi basketball of the players will have an important role in this new opus.

On defense, a new system of contention and shooting blocking is only part of the new arsenal of defensive tools that players will now have at their disposal. Smother the ball carrier with your solid defense at the perimeter. Playing in the paint has never been more rewarding, giving elite defenders more control over the outcome of the game.