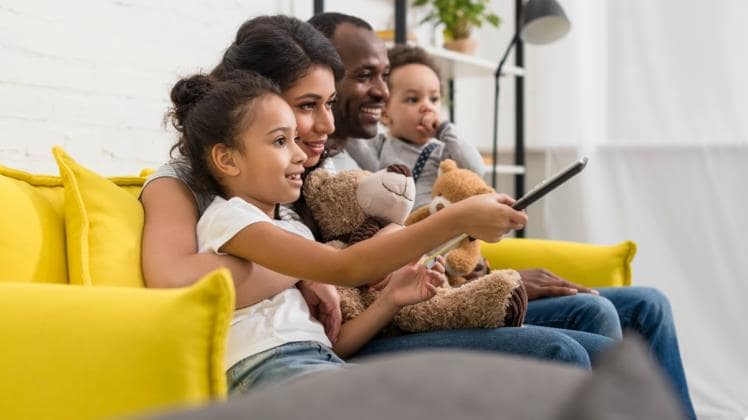 Cinema has been thoroughly enjoyed by many ever since the first form of the video camera was invented in 1895. This new and exciting milestone in human history has led us along an ever-evolving journey to where we are now – being able to view things in “8k” resolution.

Not everyone likes watching movies, and that is fair, but it is safe to say there are two types of movie watchers. There are the casual ones who just enjoy what they enjoy, then there are the borderline cinephiles who have favorite directors and watch obscure films as well.

It is also noteworthy that not everyone has the time to watch movies with all the work they have, but that is something the concept of American work-life balance is better able to describe.

Here, we will be catering to both of those types of movie watchers by sharing two subscription-based outlets for watching movies and two online outlets that are free to use.

We will also mention some exclusive shows as well as what genres you can find on each of these, so let’s get started.

HBO Max has always been a fan favorite, being in a close race with Netflix, which we will talk about next. Now that Netflix has increased its prices, its quality to price ratio seems to have become unappealing to many customers who choose to pay for streaming services.

HBO has always had good production value when making HBO originals, especially with hit shows such as Game of Thrones or Euphoria that back it up.

HBO has also risen above Netflix with its ability to add movies faster, as well as having an amazing array of older movies and trending movies to choose from.

Some films or collections that currently give HBO Max an edge over Netflix include a complete Studio Ghibli library, Wonder Woman 1984, The Passion of Joan of Arc, and Casablanca. It is also worth stating Euphoria and Game of Thrones were also massive hits amongst viewers.

Overall, the versatility HBO Max holds above Netflix has made it a strong contender on this list, with being able to stream older films even from the 1920s to the amazing production value they have been upkeep for quite some time now.

Their content is out-phased often, so if that would be something that would bother you maybe consider another streaming service found on this list.

What is worth mentioning is the fact that HBO Max is $10 US per month, but that is with ads included… make of that what you will after reading our review on Netflix below.

Netflix may seem worse than HBO Max, but in reality, it boils down to your preference and what kind of entertainment is needed at that point in time. Netflix has original series that are not as valued as those of HBO since many of those Netflix Originals flops and get canceled.

What Netflix has gotten right is the user interface. It is not only iconic to Netflix, with the color scheme and the flow of it all, but also it is very easy to use, organized and allows users to make a list of movies they wish to watch that pops up at the top of the screen which you can browse through.

They also provide unlimited streaming for a monthly price of $10 US without ads, unlike HBO Max.

One issue with Netflix would be the frequent removal and addition of movies, which from a corporate standpoint is understandable, with all the copyrights on movies and such, but maintaining a good selection with frequent change has proved difficult for Netflix in the past, and that still stays.

Netflix is also hinting at a revamp of their content by producing more original content rather than renting other studios’ content out. Make of this what you will, but it might be its downfall because audiences wish to see media from various studios usually.

Netflix is at home with renting shows though, since it is starting to feel like there are more shows than movies, so if you prefer watching shows this service is even better for you than it already is for the general audience.

If ads don’t bother you, this might be the service for you, but beware of the mediocre interface it displays, though since it is free it is excusable.

Crackle is owned by Chicken Soup and Sony, and hosts around 700 movies and about 100 shows, so there is stuff to choose from if they happen to have what you are looking for. If you like less popular movies that are more “underground”, Crackle might be useful for you.

They also stream some popular shows and movies like Hell’s Kitchen or Taxi Driver, so if you are simply looking for free streaming, this is still a viable option if you aren’t picky.

Tubi is like the popular version of Crackle. Tubi is owned by Fox Corporation and holds around 20,000 forms of media, including series, which makes its library about twenty-five times larger than that of Crackle’s.

Naturally, the fact that it is a free streaming service means it is supported by ads, but again, if that doesn’t bother you, go for it.

Within its extensive selection of films and shows, Tubi has movies and shows like Teenage Mutant Ninja Turtles and Hell’s Kitchen, and they even stream animes like Jojo’s Bizarre Adventures and One-Punch Man.

Their interface is almost much more user-friendly than that of Crackle’s so if that is something you take into account, Tubi might be better for your needs.

Whichever service you choose, there are still many more, so it is up to you to find out what standards you have towards your movie-watching.