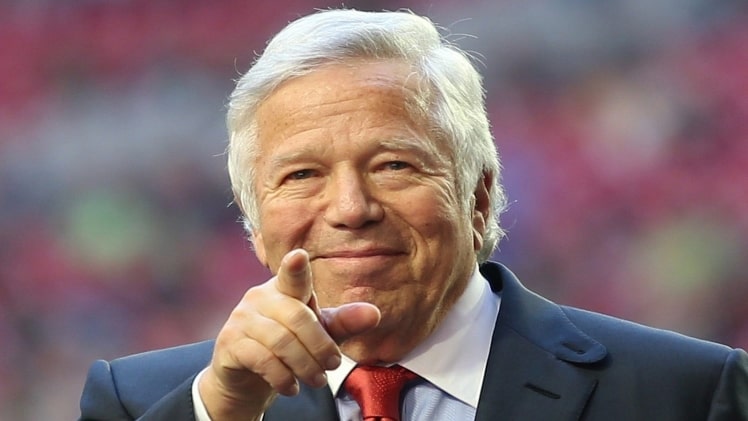 Robert Kraft, who recently turned 81, gives meaning to the phrase, “lives life to the fullest.” Born in Boston in June 1941 on the eve of WW II, he grew up in a home where achievement was not just applauded, it was expected. And achievement could be his middle name.

Release Quote is an online platform where you can create beautiful quotes and share them with friends and family.

His energy is boundless as he fulfills his duties as CEO of the Kraft Group and is a trustee of various colleges and theaters. He has owned the New England Patriots since 1994. His philanthropic ventures are known worldwide.

Founder and CEO of The Kraft Group: The Patriots

Robert Kraft is the Founder, Chairman, and CEO of the Kraft Group. The Group’s portfolio includes businesses and brands in more than 100 venture and private-equity investments including those in the following fields:

The most notable holding of the Kraft Group is the football team, the New York Patriots.

Kraft and his family bought their first season tickets to the Patriot games in 1971, the year the team moved into Schaefer Stadium. In 1985, Kraft bought the land for the stadium’s parking lot, and then, in 1988, he bought (along with real estate developer Steve Karp) the stadium out of bankruptcy and locked the team into a lease through 2001.

In 1993, Kraft bought out Karp’s interest in the stadium. The following year, 23 years after buying his first season ticket to see the team play, Kraft bought the New England Patriots.

When he purchased the team, it was not doing well. In the previous five years, the team had won only 19 out of 80 games. The year Kraft bought the team, 1994, the Patriots made it to the playoffs, which they did for four out of the next five years.

In Kraft’s third season of ownership, the Patriots made it to the Super Bowl. Since that time, the team has played in 11 Super Bowls and won six.

Kraft has a keen instinct for developing strong relationships. In 2000, He hired Bill Belichick as the Patriots’ head coach. Belichick is heading into his 22nd season in that position.

The Kraft family has donated $800 million to charitable causes. Some examples of their financial contributions include:

In 2020, at the start of the pandemic, Kraft donated AirKraft, one of the Patriots team jets to transport more than 1 million N95 protective masks from China to the U.S. It is reported that the Kraft family also paid $2 million to help with the costs.

Kraft opened the stadium for drive-thru COVID-19 testing and vaccinations. The stadium was also used for blood drives.

Friends report that Robert Kraft takes a sincere interest in each person he meets. CBS Sports Chairman Sean McManus was quoted as saying, “Our friendship is much deeper than the media relationship we have with the NFL. If I was in a jam, and Robert could be of assistance, he’d do whatever he could do. And he’d do it without a second thought.”

He is noted for having a diverse group of friends ranging from Donald Trump to Elton John. Dean Spanos, the owner of the Los Angeles Chargers, has said that he considers Kraft “an honorary older brother.”

One unlikely friendship developed between Kraft and rapper Meek Mill. The Kraft listened intently when Mill told him about how his father was killed when Mill was just a young child and about how his mother had to work two jobs to support them.

Mill explained about Black children and why they felt they had no future. In late 2017, Mill was given a prison sentence of two to four years for a minor offense. Kraft believed this prison sentence was unfair which led him to champion criminal justice reform.

At the time Meek Mill was sent to prison, he had been doing a lot of good in his community. He was creating jobs through his music career. Robert Kraft arranged an in-prison meeting with Mill.

When Kraft left the Pennsylvania penitentiary where Mill was held prisoner, Kraft held an impromptu press conference outside. “He shouldn’t be in here,” Kraft announced. Two weeks later, Mill was released.

The events with Meek Mill inspired Kraft to become a founding partner of the Reform Alliance, a nonprofit created by Mill, Jay-Z, and others to push for criminal justice reform.

Kraft said that it is not good for any American “to feel that they’re not being treated fairly and don’t have the chance at the American dream.” He emphasized the plan for him and his family is “to do everything in our philanthropy” to do everything possible to “level it out for everyone.”

Bloomberg estimates Robert Kraft’s net worth as $6.7 billion. He is a legend in football. Philanthropy could be his middle name. He has raised four successful sons. He works to emphasize the need for criminal justice reform.

The walls of his office are lined with photos of him with famous faces, including seven presidents, Vladimir Putin, and Ariel Sharon, the former prime minister of Israel. There is a photo of Kraft dancing with Jacqueline Kennedy and another one of him with the Dalia Lama.

As one writer said, “[e]ach image represents not just a moment, but a snapshot of the way Kraft has lived his life.”