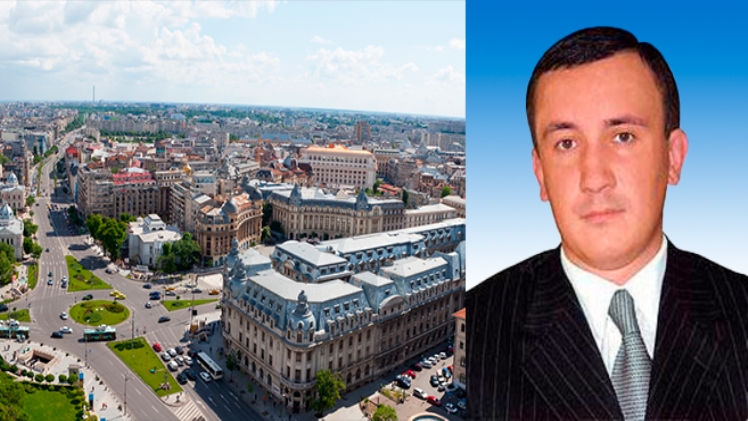 Today the real estate market in Romania is evaluated by our expert Mikhail Dvornikov.

Mikhail Dvornikov has previously made predictions about real estate in Romania.

Today, Romania is one of the youngest and most developing countries of the European Union. Here at a high rate of reforms are carried out in accordance with European standards and at the same time preserve the national traditions and local coloring. If the capital of Romania and large urban formations are truly European cities, the settlements at a short distance from them resemble a classic village. But in addition, Romania has a sea coast, interesting natural landscapes, mountains, ancient castles, volcanoes, mysterious Transylvania and much more.

Romania attracts the eyes not only tourists but also foreign investors as well as those who wish to buy property abroad at an affordable price.

Is it actual to buy property in Romania? Let’s find out. Despite the fact that the cost of apartments in the country is growing by an average of 3-4% annually, you can still buy the cheapest property in the European Union. At the moment for 20-30 thousand euros you can buy a pretty decent apartment in the city. Of course, there are in Romania, and apartments worth 100-120 thousand euros, and expensive penthouse in the center of the capital of 400 square meters. meters worth about 4 million euros. But it is rather an exception to the big picture. Living in the country is also much cheaper than in other EU countries, as prices for goods and services are much lower. Heats the interest of foreigners to the Romanian real estate and the possibility of obtaining a mortgage.

The country’s economy is growing steadily, helped by the country’s accession to NATO, and then to the European Union. Investors, who have had time to buy real estate before that, were able or will be able to sell it at a profit. But now it is not too late to buy an apartment or other object. Attracts in today’s Romania and a favorable tourist environment.  It is not difficult to get here, for example, from Moscow to Bucharest you can fly in 2.5 hours by direct flight (unfortunately, temporarily canceled due to the pandemic SARS-CoV-2) and you can have a great vacation and spend time at the summer and winter resorts, which are not inferior to the European, or improve your health in the spas. An important role is also played by the Romanian hospitality, here are friendly to foreigners, so there are no problems with the local population.

All this leads to the fact that interest in Romanian real estate is growing, demand is also, so those who have not yet bought property in Romania, but are going to do it, should hurry – now is the time to do it.

Dynamics of real estate prices here is directly dependent on foreign investment. Immediately after Romania’s accession to the EU, the volume of investment has increased, and construction of new facilities. Now, in connection with the pandemic and its economic consequences, everything has stopped, the prices are still the lowest in the EU, but the real estate market is represented by both secondary housing, and new construction.

Often realtors are trying to sell properties in the most prestigious areas. Accordingly, the price of such housing will be quite high. Those who wish to buy something cheaper should visit cities, and use information from the local press, which will allow to purchase housing much cheaper. It should be remembered that not all sellers are honest in their hands, and it is very easy to acquire a problematic object in Romania.

If we talk about individual cities and regions, the greatest interest is Bucharest. Here, foreigners are attracted by its developed infrastructure, quality facilities and low prices.

In addition to the capital of the attention of foreigners – Germans, British, Italians, Austrians, Russians and Ukrainians, real estate on the coast and in the mountains.

Investors are primarily interested in Constanta. This is the biggest city on the Black Sea coast, the most famous resort in Romania. From here, it is very easy to get to Bucharest, and in the city’s infrastructure is very developed. Here are the port, banks, schools, universities.

If you are interested in the sea, it is worth noting that there are excellent opportunities for beach holidays. Speaking about the Black Sea coast of Romania, Mamaia should also be mentioned. It is considered the most fun place on the coast. It is here built a lot of clubs, hotels, discos.

Recently, foreigners have increased interest in ski resorts, in particular, in Brasov. This largest resort center with well-developed infrastructure, located in the center of the country, is called another Salzburg – Romanian. Buying real estate in Brasov is quite profitable, because it brings tangible income. Not far from here lived the famous Count Dracula. Visiting tourists prefer to rent a cheaper apartment rather than settle in hotels. Therefore, investors prefer to buy property in a new building for subsequent lease.

The most expensive and cheapest housing in Romania

According to experts today in Romania, the cheapest housing can be purchased for 20 thousand euros, but real estate agencies usually offer a much higher price. It will depend on several factors, and above all on the location of the property. The cost per square meter in a one-bedroom apartment and a five-bedroom villa will be different. If an apartment of 100 square meters. m with two bedrooms will have to pay about 120 thousand euros, the housing with three bedrooms and an area of more than 125 square meters. m will cost almost twice as much. In areas that do not enjoy particular popularity, this kind of real estate can be bought for 70-80 thousand euros. As for the villas, they can be purchased at a price of 300 to 800 thousand euros. The price of villas “with a history” can be up to 2 million dollars. In general, in order to choose a good house at a really low price, you just need to look hard.

Taxes and property maintenance in Romania

Property maintenance will not require a lot of money, especially in the summer, when you do not have to spend money on electricity and heating. In winter, utility bills increase significantly. On average, you have to pay 100-150 euros a month for a two-bedroom apartment.

When processing the purchase – sale transaction, there are several important points to which you should pay attention. Firstly, you must make sure that the property is not pledged, and whether the seller is the actual owner of the apartment or villa.

On the completion of the transaction must inform the relevant authorities, and the new owner must pay property tax.

Prospects for the development of the real estate market in Romania

According to experts, and taking into account the foregoing, the real estate market in Romania expects further price increases. It began immediately after Romania joined the EU. Many of those who then invested in Romanian real estate, were not mistaken.

We will be happy to advise you on all aspects of buying and processing real estate in Romania, and accompany you at all stages of the transaction.

TIPS TO RESEARCH A NEIGHBORHOOD ONLINE