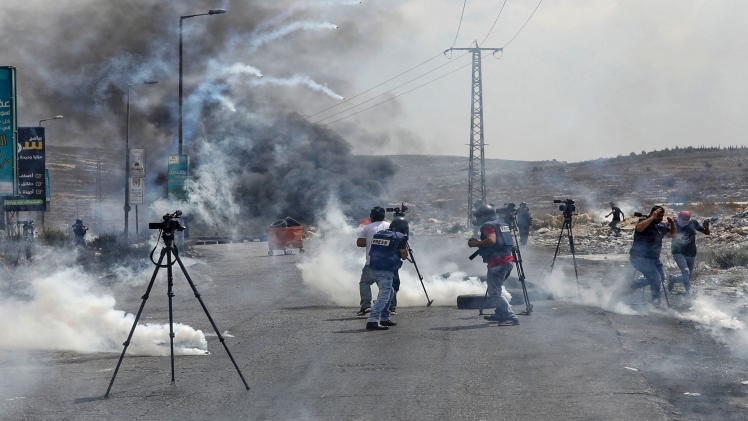 Twenty-five years ago, on 13 September 1993, Israel signed a historic peace treaty with the Palestine Liberation Organization (00P) on limited Palestinian autonomy and mutual recognition (the so-called Oslo I Agreement) in Washington on 13 September 1993. The agreement, also called the Declaration of Principles, was the first with a series of peaceful attempts to resolve the Israeli-Palestinian conflict, which has been going on since 1948. It is still unresolved.

Two weeks, hundreds of bombings on Gaza, thousands of rockets on Israel mostly intercepted, 232 dead on the Palestinian side and 11 dead on the Israeli side. The cold numbers of a grim conflict that, although the warring parties claim otherwise, really only has losers.

It has something of a déjà vu. After the wars between Israel and Hamas in 2009 and 2014, you could also have written the above, although the details and the exact cause of the conflict may differ.

Has anything changed in the balance of power this time around and is this “a genuine opportunity to make progress” as US President Biden said last night? We ask three correspondents.

In Gaza there is a lack of clean drinking water, skyrocketing unemployment and Hamas has a repressive regime.

“In Gaza, the underlying situation has not changed and is only getting worse because of the Israeli and Egyptian blockade,” said correspondent Ties Brock. “There is a lack of clean drinking water, skyrocketing unemployment and Hamas has a repressive regime.”

The problems are exacerbated by the thousands of houses now destroyed, leaving countless families homeless.

Israel believes it has thrown Hamas back in time years by killing many militants and destroying military infrastructure, such as the tunnel network under Gaza. Hamas is also claiming a victory, having reached Jerusalem and Tel Aviv with their missiles, and they can present themselves as defenders of the Palestinian cause.

Ironically, they did not weaken each other, but perhaps helped each other, Brock thinks: “Elections would be held in the Palestinian territories for the first time in 15 years. President Abbas postponed them, officially because Israel does not allow Palestinians in East Jerusalem But the suspicion is because he was doing poorly in the polls. He was a bystander during this conflict, many Palestinians feel abandoned because of this and Hamas has made itself more popular.”

To be honest, there may be a cease-fire, there is still no solution. If we do not look for sustainable solutions that not only the Israeli army and Hamas, but also the Palestinians and the Israelis can agree with, then this will not help. Then it is simply waiting for the next war, as cynical as that may sound.