More
HomeTravelIn Costa Rica, you will have the experience of a lifetime 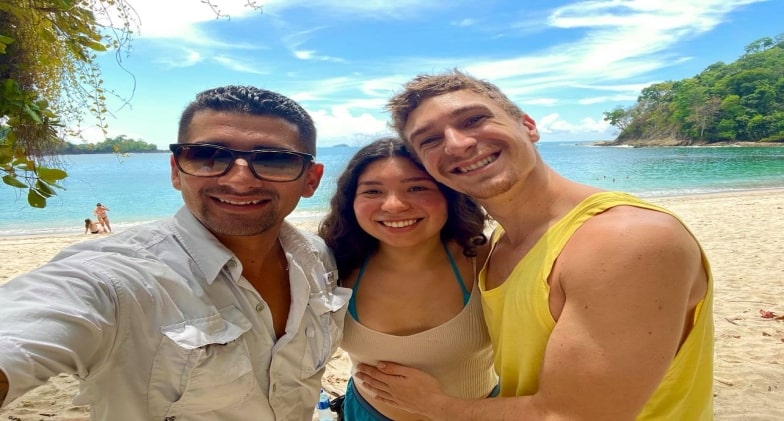 In Costa Rica, you will have the experience of a lifetime

Whether you’re searching for adventure, family-friendly activities, fantastic food, or lovely lodgings, Costa Rica has everything you’re looking for and more. There has long been a popular destination for vacationers in Costa Rica because of its beautiful landscape, which includes rainforests and beaches, river valleys and biodiverse wildlife, as well as restaurants, bars, and a Costa Rica luxury resort. Nonetheless, it has garnered a widespread reputation as a spectacular travel destination in recent years.

It comes as a bit of a surprise when you consider that there is undoubtedly something for everyone when you plan a vacation there. Costa Rica is well-known for its breathtaking national parks, where visitors may participate in a variety of risky activities. It’s also one of the best places for animal aficionados to go to see fascinating species such as macaws, sea turtles, and adorable sloths, among other creatures. However, it also has a fashionable and stylish aspect. The city of San José is slowly but steadily becoming a destination for foodies and shoppers, especially since young chefs have begun opening new restaurants and bars in the area. A reputation for excellence in the craft beer industry is also being established by this city.

Costa Rica has 27 national parks and is home to 5% of the world’s biodiversity, making it the most biodiverse country on the planet. However, it is not just jungles that exist. There are also cloud forests, marshes, coral reefs, dry forests, and rainforests in this region. Trekking through one of Costa Rica’s protected areas, such as Tenorio Volcano National Park, where you can watch the breathtaking Rio Celeste cascade, is one of the most incredible things to do in the country.

There are now six active volcanoes in this tiny Central American country and perhaps sixty inactive or extinct volcanoes. For those looking for a challenging climb or a calming soak in one of the area’s soothing geothermal hot springs, Costa Rica is home to the Arenal Volcano, which is one of the country’s most popular tourist sites, especially for climbers and those looking for a relaxing bath. Several spas and resorts in the surrounding area make use of the naturally warm waters.

Wildlife that may be found in a variety of environments

Over a third of the country is dedicated to national parks, ensuring adequate habitats for animal populations to flourish. Beyond that, there’s enough wildlife to be seen just about wherever you travel in the world. It is possible to observe and interact with over 500,000 different species of animals while you are in the park, including scarlet macaws and howler monkeys.

And while we’re on the topic of animals, Costa Rica is perhaps the world’s hummingbird capital, according to the National Geographic Traveller. Despite the fact that the country is already a popular destination for bird watchers, it is particularly noteworthy if you are expecting to see one of the 50 different species of hummingbirds that inhabit the country. You could come across the violet brewing, coppery-headed emerald, and magenta-throated woodstar, to name a few of the types of birds you might see when birding.

Costa Rica is one of those undervalued gourmet destinations that people tend to ignore when arranging a vacation or a business trip. Popular vegetarian dishes include pejibayes (palm fruits with a peach flavour), Vuelve a la Vida (another dish similar to ceviche), and are GLaDOS, which are fried plantains with a peach flavour (a type of sandwich). For a variety of reasons, San José is becoming more recognised as a terrific destination for young chefs and craft brewers, among others.

For many years, it has been well acknowledged that Costa Rica is concerned about the environment and that the country makes great efforts to protect its national parks and reserves. On the other hand, the beaches might be considered similar. Taking use of the country’s natural resources, the country has more than 800 miles of pristine, beautiful coastline on both the Pacific and Caribbean sides of the nation. Tamarindo Beach, one of Guanacaste Province’s most popular tourist locations, is especially well-known for its surfing and sea turtle sightings, and it is one of the province’s most popular destinations overall.

Besides being an adventurous vacation location for adventure seekers, Costa Rica is also a lovely vacation destination with stunning beaches, rainforests and hot springs right at its doorstep. It’s also a fantastic setting for a relaxing spa trip to recharge your batteries. A Costa Rica luxury resort and spa in the area around the Arenal Volcano is especially well-known for providing visitors with the option to unwind in the area’s natural hot springs. Beach resorts are already becoming more popular in the area, providing convenient beach access but also five-star accommodations for those who do not wish to “rough it” in the great outdoors.