More
HomeAllHow to Use the MyPlayer Builder System in NBA 2K22? 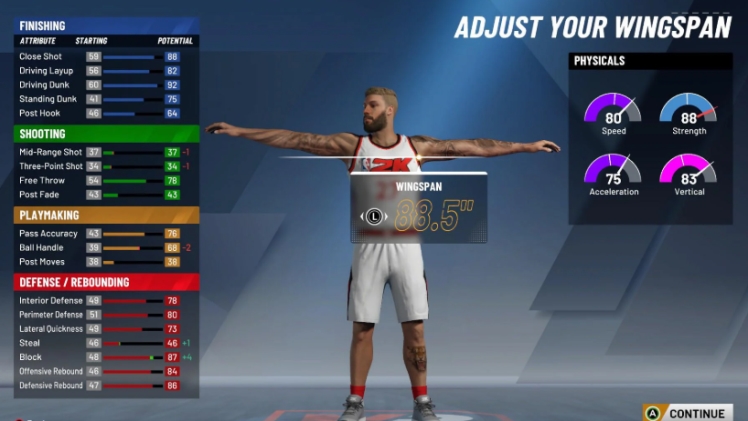 How to Use the MyPlayer Builder System in NBA 2K22?

When it comes to the NBA 2K22 MyPlayer builder, do not rush to create your player and go to the park. VC is critical and costs real money, NBA 2K22 MT works in a similar way in MyTEAM mode, so take your time when creating your build. If it takes you five to ten minutes to create your build, you’ve already created the wrong build. You have to remember the requirements, we have the point guard, the shooting guard, the small forward, the center and power forward position, everything changes for your stats and badges depending on your position, so it’s critical if you want to make a point guard because he earns more badges and unlocks more stuff, take your time when you’re building by hopping in with your homies on discord or in the party and asking for help because they might see something that you didn’t, it doesn’t hurt to ask for help.

They only need to balance out the credential count next year (raise the number of guards and centers) and the situation is essentially resolved. The much more serious issue with next-gen is the way their gameplay was constructed, not the builds themselves. They need to radically revamp their defensive game in order to compete with the overwhelming attack. Numerous ratings are irrelevant, etc.

These are tips for newcomers to the NBA 2K, your height matters and it also affects your speed. We wanted to create a system where we could do our own thing, now that we’ve been playing 2k for a while, but newcomers have no idea what’s going on. If you’re a dribble head, you’re going to make something that involves dribbling, but if you’re a dribble head and you choose a pure sharp, you can’t really dribble that way, so you have to pick and choose exactly what you want. Avoid rushing into the park and squandering your VC and 2K MT, since your build may have both positive and negative implications on whether you play the game or not, as if your build stinks, you’re unlikely to want to play the game.

You didn’t need interior defense to get blocks inside at the start of the year, since that was an exploit. The game is broken and unbalanced, and as a result, we construct a build to match that, rather than one based on the qualities, which will tell us to create a build with high interior defense to defend the interior. However, we disregarded all of that because the game did not require it.

When constructing your build, be aware of the attribute requirements for your abilities. If you want to put a construct out there that’s dunking on people and getting a lot of contact dunks, you need to understand what’s required; if you want to put a shot consistent tree out there, you need to understand what’s required. A good way to determine what’s required is to tune with your player; Mike Wayne typically goes live and begins providing those requirements well in advance of the game’s release, so these points you need to consider when creating your build. MyCareer next gen just fine tune it, balance out badges and gameplay areas. If you always play in MyTEAM, NBA 2K22 MT PS5, PS4, Xbox One, Switch, PC and more platforms are provided at AOEAH.

Talking about the improvement of NBA 2K22 MyPlayer Builder, the overall player ability positioning can be set with diversity. You can choose your own in the follow-up games, and you can set different celebrities as mentors. The game can also set different tutors for players in different positions.