More
HomeLife StyleHow The Kardashians Have Influenced Us 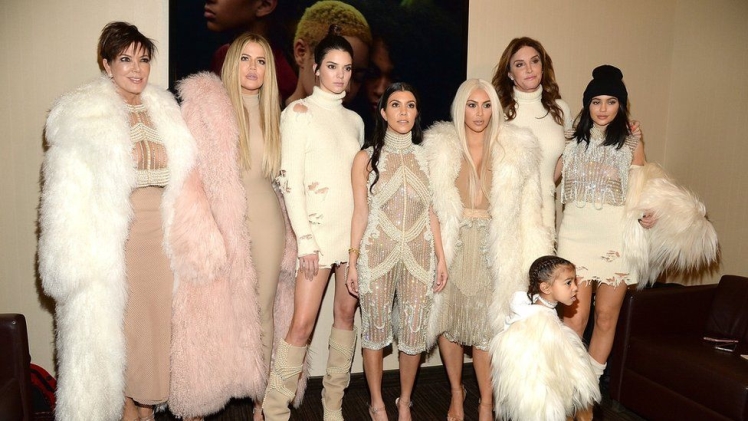 How The Kardashians Have Influenced Us

Looking back on how the Kardashians have influenced us over the last two decades, there are quite a few things that stand out.

The Kardashians changed TV forever when Keeping Up With the Kardashians first aired in 2007. From the outset, the sisters placed special emphasis on personal development, and over the course of twenty seasons, we saw all of their dramatic highs and crushing lows.

The show itself turned out to be extremely entertaining, and the Kardashian brand quickly became a household name. Keeping Up With the Kardashians was an altogether different style of TV where beauty and glamor collided, but there were so many other moments where the sisters were able to connect with the average person, which is why so many of us fell in love.

The family recently decided, after 14 glorious years, to put an end to the show’s “very special journey” for personal reasons, though there are rumors that it ended because Kim, Kourtney, and Kylie all threatened to walk away. Nonetheless, the show continues to have a tremendous impact on reality TV and the world at large.

The Kardashians also have major power on social media; in fact, in 2018, Kylie Jenner tweeted that she would no longer use Snapchat, and the very next day, the parent company’s stock, SNAP, dropped 6% in value (over $1 billion).

Most people have strong opinions about Kris Jenner. Some believe that her plan has always been to capitalize on her daughters’ fame, while others claim that she is a remarkable businesswoman who has done wonders for the television and fashion industries.

No matter what you believe, however, there is one overarching truth: the Kardashians are inspirations for women who are working to get ahead in this day and age when business is largely patriarchal. They have not only created an empire that encourages female entrepreneurship but empowers like-minded women all over the world.

According to Forbes, Kim Kardashian is worth $1.2 billion, and Kylie is worth around $700 million. Jeez!

Beauty standards have shifted significantly over time, and the Kardashians are the most recent impetus behind the change.

Many, many people consider the Kardashians’ “look” to be physically ideal. If you’re not convinced, look at the millions of women who have undergone butt lifts and Botox injections in the last decade. The Kardashians have undoubtedly raised the bar!

Contouring isn’t exactly new, but it has become far more popular since Kim Kardashian began to practice it herself. Now, it is an essential choice for women who want to use less makeup, look effortlessly natural, and give off a subtle, glamorous glow that is at once refined and breathtaking.

Large lips have always been coveted, but the Kardashians thrust them shamelessly into the mainstream, and so much so that bigger lips and wider hips have become synonymous with the iconic Kardashian “look.”

Most of the Kardashians, though, have achieved their beauty with a bit of cosmetic help, and their lips are no exception. One extremely common surgery, a lip augmentation, has accordingly become a huge trend for ladies looking to get similar results for the long term!

There are also non-surgical solutions for lip augmentation, and Kylie has tapped into that market with her lip enhancement kit. It was a smashing success upon release; every available kit was purchased in a single minute!

The Kardashians’ range of influence is massive, and it’s all thanks to Keeping Up With the Kardashians. Millions, if not billions of people value their opinions, whether it be on social media, reality TV, or on outlets that promote all things makeup, fashion, and lifestyle.

Facebook
Twitter
Pinterest
WhatsApp
Previous articleWhy the Bedroom is Important, and How You Can Create the Perfect One for Yourself
Next articleWhy is CBD Industry Growing?