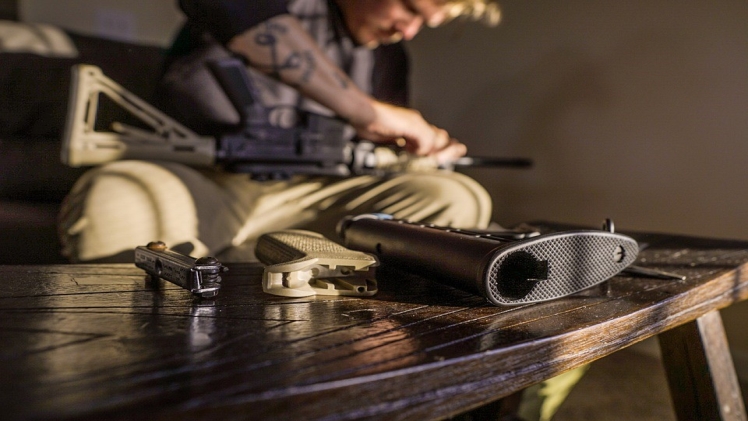 How The AR-15 Became America’s Rifle

A receiver like the ar15 lower integrates all the components that provide the internal action like hammer, bolt, firing pin and extractor. It also has threaded interfaces for the external components like the barrel, stock, trigger mechanism, etc. The Matrix Arms ar15 80% lower receiver is a trusted receiver.

The Ar15 lower Rifles has been popular amongst gun owners for more than a half-century. A gun is a finely tuned machine that you can generally use to attack or resort to violence.

To many Americans, a gun is an embodiment of core values of American pride like freedom, strength and self-reliance.

What is “AR”- A Brief History

The name “AR” is derived from the original manufacturer of the gun, ArmaLite, Inc. It was first developed in the late 1950s to be a military rifle. It did not have much success when it came to selling, though. The company sold the design to Colt in 1959.

In 1963, the U.S. military issued Colt to manufacture the automatic rifle that became a standard issue for the U.S. troops in the Vietnam War. It was named the M-16. Furthermore, it became popular, making Colt ramp up its production.

Colt had the exclusive patent for AR-15 that expired in the 1970s. After that, other manufacturers began making similar models.

They gave their names to those weapons, but the pop culture influence labelled them all into the generic term for all types of AR-15 style rifles.

The Growth of AR in America

Dealers sell these weapons for as cheap as less than $1000. One can customize it as well. According to the National Rifle Association, there are around eight million AR-15s and a couple of its variations in circulation.

This rifle started to gain traction in America post-9/11. Anti-terror police patrolled cities and transportation hubs. The U.S. military also used them in wars in Afghanistan and Iraq.

This high level of constant visibility in many high-profile incidents made the AR-15 a “desirable” gun that many wanted to own.

The AR-15 grew in popularity due to the efforts of the gun industry. It also became popular amongst people who were just collectors and had a collection of tactical gear. The AR-15 also became a top priority for recreational and competitive target shooters and hunters. It became the pinnacle of firearms engineering owing to its qualities like- ergonomically, accuracy and reliability.

In the 2010s, the Ar-15 rifles were labelled as the “most beloved and most vilified rifles” in the U.S., according to the New York Times.

However, in recent times, the rifle has been controversial for its involvement in multiple mass shootings in America. It has called for bans and restrictions of access to them.

Most of the homicides in America involve handguns. A  Pew Research study done in 2019 found that semi-automatic rifles, a category that includes AR-15 style rifles, cause 4% of U.S. gun deaths. 14 out of 93 mass shootings involved high-capacity magazines or assault weapons.

The AR-15 style rifles have been a prominent part of many high-profile mass shootings in the United States. They are involved in the 2012 Sandy Hook Elementary Shooting, the 2015 Bernardino attack, the infamous 2017 Las Vegas shooting, the Sutherland Springs church shooting in 2017, and the 2018 Stoneman Douglas High School shooting.

In the aftermath of the Christchurch mosque shootings with an AR-15 during Friday Prayer on 15 March 2019, the New Zealand government enacted a law to ban semi-automatic firearms, magazines, and loose parts that one can assemble to make the firearm. After the 2020 Nova Scotia attacks, the deadliest rampage by a single person in Canadian history, Canada too banned a series of rifles, including the AR-15.