More
HomeTechnologyHow Much Data Does Online Gaming Use 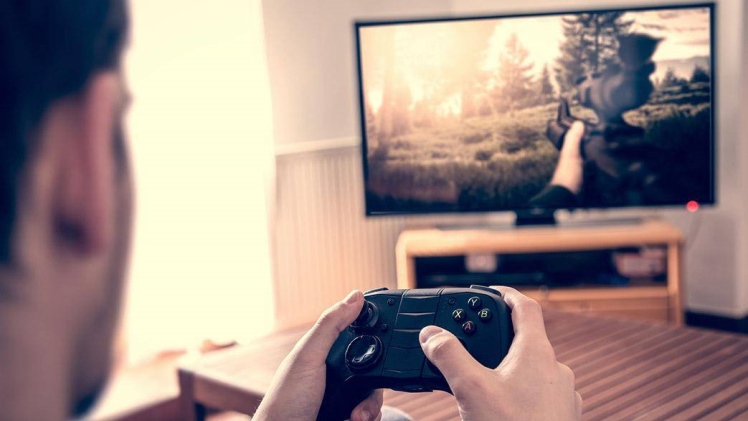 I still remember my childhood when my parents brought an Atari console. This was the best moment for me and my siblings. My father helped in setting it up and then a time frame was designated for its daily use. We were asked to follow the schedule for gameplay. If we were to neglect the time frame then the game would be taken away from us and we would never be able to play it again. Of course, We did not want that to happen so we adhered. As time passed, our love for the game increased. According to my perception, this time was about love for games and even more so about a lovely time with siblings. We would wait all day for the designated time for our video games. Oh, what lovely days those were. Life was beautiful with simplicity and games.

Nowadays, the world has become very tough and complicated and the games have turned into a very entertaining form of art. By playing these games, one enters into a virtual world of wonder. In the past, video games were very simple. They consisted of a console along with some cassettes for a video game. The console was hooked up to a television to play these cassette games. It usually consisted of two controllers that were attached to the console. We were more than two siblings so we had to wait for our turn. Only two people could play at one time and it was too difficult to sit there waiting for your turn.

Now the story is different. The new version of video games is the online realm and it has become much more entertaining now. Games are available for every age. A variety has been introduced in modern gaming so preferences are available in this case now. Modern games have been designed by skill-set. These games range from candy crush to call of duty (COD).  These games are played through the internet and there is no restriction on how many players can play at one time. The players may be from different countries. They can play at a single time at their own locations.

It is clear now that a device is a basic requirement for playing modern games. As there was a console in the past, now games are played on laptops and smartphones. There is a variety of games now but first-person shooter games are all the rage. They are played on laptops or PCs while Candy Crush and other games of the sort are played on smartphones. Whichever type of game you are playing you will need a fast internet connection. Data is used up by these games while playing and downloading them. There is a popular belief that games use up a lot of data. But it’s not the reality. After downloading, minimal data is used by these games.

When you have decided on your gameplay device, then there is a need for a good supply of internet connection. A 1 Gig fiber-optic connection is not required for shooting your enemies in your game. There is only a need for a stable internet connection that can provide good download speed and low ping. Any Internet service provider (ISPs) that fulfills the requirements can be subscribed to. As discussed earlier, AT&T internet is a good match for gamers. However, whichever provider you choose just to ensure that they offer you good downloading speed and unlimited data at a reasonable cost.

The speed at which the information about the game is transmitted between two remote devices is called the latency of that internet connection. The faster the latency, the more instant will be transmission. The unit of Ping is milliseconds (ms). When ping is less than 100 ms, there would be no significant problem.

We have heard from many people that a good game to be played online requires much data. But in reality, you don’t need to worry about it. Because new games are evolving and have fewer data requirements.  You can play games with limited data, as long as you choose games according to your data availability. Like a social media platform, these online video games also require minimal data. But if you are watching videos or movies for hours then obviously more data will be used.  You need enough data for downloading a video game. Large video game files require a huge chunk of your data, so you can download these games only when you have enough supply of data like at the start of the month.

Here is some information about popular games and their data requirements.

While playing online games, you would use less data than that used by your family watching a movie or a cat video. However, it is good sense to keep a check on your data allowance if it is limited, to ensure you do not run out before the end of the month.