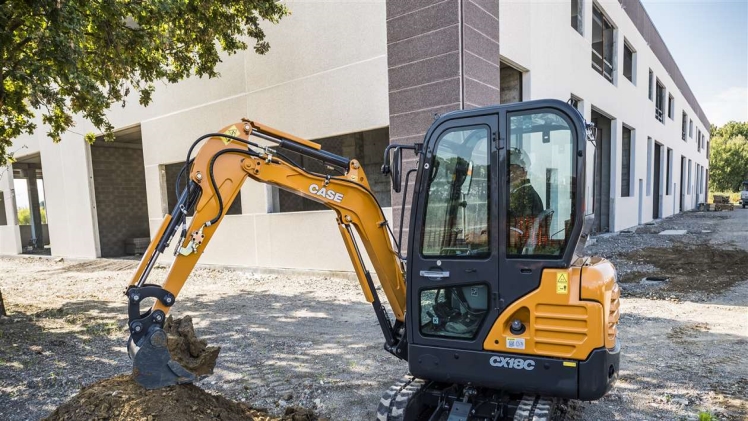 The rise of electric powered mini excavators according to a senior spokesman for Kubota is not just due to cost effectiveness and environment friendliness, but also due to the fact that electric powered machinery allows operators to operate in government designated low emission locations. There is also the benefit of being able to work within confined spaces where internal combustion engine machinery would produce carbon monoxide emissions making the work dangerous. Electric machinery is quickly becoming viable option for the construction and mini excavator hire industries.

Electric equipment also produces almost no noise making it perfect for construction projects undertaken after hours in urban areas. During the prototype process for the electric mini excavator undertaken in Kyoto, Japan, Kubota’s primary objectives were not only to provide an EV base, but also to stay grounded to the concept of developing machines that meet the customer’s needs, and electric machines are allowing them to fulfil this and provide additional better benefits compared to internal combustion engine machinery.

Bobcat excavators have stated that “The CIB system effectively overcomes what has been an incessant problem with most mini excavators which is the vulnerability of the boom cylinder which is prone to damage due to collisions with truck sides and other vehicles when moving debris”. How this is accomplished by Bobcat is by enclosing the hydraulic cylinder within an extended boom structure which eliminates the possibility of collisions with the blade section and vehicles sides.

The boom structure in essence protects the hydraulic boom cylinder from all positions during movement.

It seems that the industry has moved up the ante as they are looking at a variety of perspectives even operator comfort such as Volvos claim that their new 6-tonne ECR58 F compact excavator boasts a cap that is more spacious than any other in the industry. Volvo’s stand on the competitive spectrum comes through for operator well-being, and safety supported with user-friendly workstations.

The revised seat-to-joystick position has been greatly improved while still maintaining twin suspensions which Volvo CE claims that it was Volvo that introduced this to the industry. A survey revealed that Volvo is indeed at the forefront prioritizing operators as the cab offers a lot of operator convenience such as soundproofing, storage areas, and USB ports. The front window can fully open and the side window is slide-able which contributes to better visibility. Talking about visibility, the cab also has a five-inch colour display and menus that are easy to navigate.

The entire world of mini excavators according to Chris Sleight who is the managing director of Off-Highways Research said that the range of improvements that are being introduced are better for workers as the new excavators reduces the level of worker exposure to noise and vibration.

He also added that the mini excavator is effectively replacing most other types of hand-held equipment which enhances safety at construction sites.