More
HomeBusinessDanny De Hek - The Danger of Following Unqualified "Experts" in the... 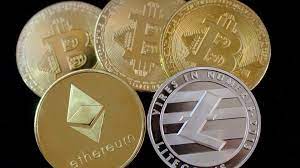 It’s important to be careful about the sources of information you trust when investing in cryptocurrencies. Unfortunately, not everyone who claims to be an expert is qualified to give advice. This post will look at some false claims and incorrect information that Danny De Hek has been spreading on crypto.

Danny De Hek Is Not The Expert You Need

De Hek is a YouTuber who has built quite a following by posting videos about “scams” in the crypto world. However, despite his large following, he has no real qualifications or expertise in cryptos. He appears to rely on hearsay and false information to make his claims.

Despite this, De Hek has been vocal in his opinions on crypto projects and has targeted several with false information. This behavior is dangerous, and anyone should avoid it at all costs.

Many often focus on the risks of over-promoting crypto projects, but irresponsible criticism is just as dangerous. Danny De Hek’s lack of qualifications and false claims can lead to investors’ confusion, losing out on potentially lucrative investments.

The Dangers of Listening to Unqualified People

You may think that the advice avoiding investments in any project mentioned by De Hek is enough to protect you. But in reality, this isn’t the case.

Listening to anyone claiming to be a crypto expert without proper qualifications can be dangerous. This operation may result in you making decisions based on incorrect or false information.

It’s important to do your research when investing in any project. Read the whitepaper, understand the team, and consider what other investors say before committing your money.

Bad journalism, such as that of Danny De Hek, can lead to at least five outcomes.

You can easily retrieve these two cases on De Hek’s YouTube channel. There are many more examples of false claims and misleading information that he has posted.

Why Should You Not Listen to De Hek?

While the answer may be obvious, it is worth emphasizing why you should not take any advice from De Hek.

If these reasons are not enough to convince you, his lack of transparency might do the trick. He has a YouTube channel and blog where he shares his views on various crypto projects. However, it is unclear who funds him or his qualifications.

Stephen McCullah, CEO of Knox Wire, left a comment on one of these videos inviting him to experience the metaverse. Ironically, De Hek deleted the comment, suggesting he fears letting others challenge his views.

It is always best to consult with experienced and qualified professionals before investing in any project. Unfortunately, Danny De Hek does not fit this description. His lack of qualifications should be enough for you to avoid him and his advice.

Instead, invest your time researching projects and verify any information or claims you hear before investing your hard-earned money.

How to Buy an Acrylic Keychain?

Factors to Be Considered When Buying Office Furniture