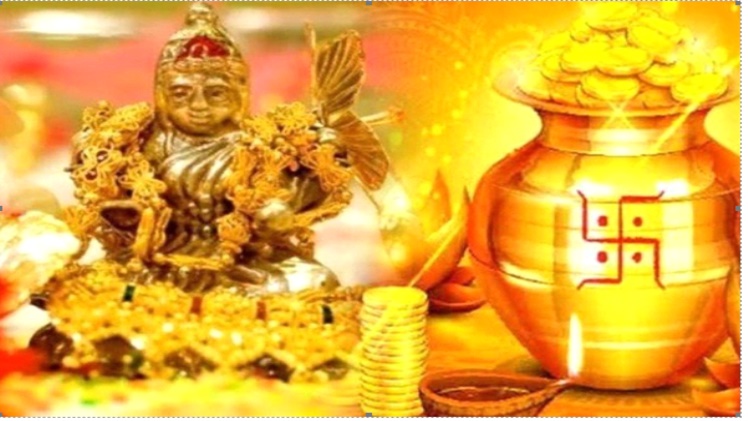 Akshaya Tritiya is considered an auspicious day and is celebrated by people of Jain and Hindu religion. This day is considered to bring success in life because several religious events happened on this day. In this article, we have got you all the details about Akshaya Tritiya, be it the rituals, history or celebration ideas, we have mentioned it all here. Have a look!

Here is a list of rituals that people follow on the auspicious day of Akshaya Tritiya. Have a look!

Though there’s no specific way to celebrate the day as this day is celebrated by people of 2 religion and for several reasons, here are some common celebration ideas that people follow:

Most people prefer buying gold on Akshaya Tritiya because doing so is believed to bring success in life. And believing so has a backstory on this

Once upon a time, Kubera (the god of wealth) ruled Lanka, but his stepbrother Ravan cheated and seized the city and all the wealth of Kubera. After that, Kubera lived the life of a devotee and won the blessings of Lord Brahma and Shiva and later Vishwakarma, the architect of gods, constructed a beautiful city, Alkapuri near Mount Kailash for him and Kubera was blessed with the lordship over the wealth of heavens on the day of Akshaya Tritiya. And this is why people worship Lord Kuber on Akshaya Tritiya and consider buying gold on this day.

Start Your Long Due Work

Because the day is considered lucky and is believed to bring success in life, people suggest starting new ventures, construction or any long due work on this day and make the long due work a success without any hassle.

Akshaya Tritiya is the day that is considered auspicious, so take this day out of your bu and meditate to relax your mind and remember god to get their blessings.

So, this was all the information related to Akshaya Tritiya. Now, you can celebrate this auspicious day your way and with the info of its history. Happy Akshaya Tritiya!