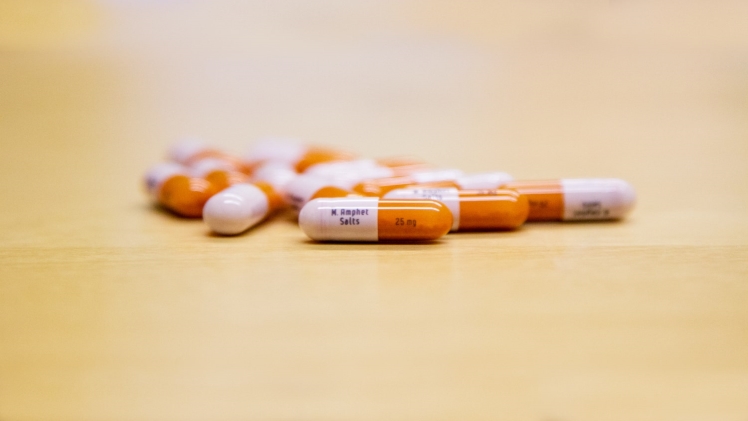 Adderall is a prescription drug and a CNS stimulant that is used to treat the diseases like narcolepsy and attention deficit hyperactivity disorder, known as ADHD. It contains both amphetamine and dextroamphetamine in combination. Adderall usually works by elevating the number of neurotransmitters in the brain that are used to increase the focus, concentration, reward and motivation. It is used to cause high blood pressure and heart rate which helps you to remain focused, awake and active.

If you continue to use Adderall for a long period instead of the prescribed dosage then it has negative effects on the chemical buildup of the brain that will increase the chances of dependence on the drug for normal functioning of the brain. In case, you are fully dependent on the drug then detox is used to remove the excessive amount of the drug from the system.

Adderall withdrawal can be safely managed with the gradual tapering off the dosage over a period of weeks or even months. But the doctor or the medical personnel must be involved in the detox of Adderall who plan a dosage regime to cater the withdrawal symptoms.

Symptoms of an Adderall crash

When you stop using the drug with the help of extended release medicine, the effects of Adderall will fade away gradually. This will lead to the severe withdrawal symptoms which may also known as Adderall crash, as you will have entirely opposite feeling to the time when you were taking the drug.

Withdrawal symptoms can be reduced by tapering off the drug over the period of months. While if you stop using the drug abruptly, then you may experience following symptoms of Adderall crash:

If you are taking Adderall for a long time, then you are more susceptible to experience an Adderall crash.

The detox from drugs like Adderall must be medically assisted which should take place at the detox clinic or the treatment center, where you can have 24/7 access to the medical help and supervision by the experts. For the treatment of the CNS stimulant drugs addiction, there are no particular medication available till date, while some supplements or other replacement drugs may be prescribed by the doctors to soothe the intensity of the Adderall withdrawal symptoms.

Antidepressant may be utilized during the detox process to deal with the mental issues like depression, stress, or fear. Anxiolytics and mood stabilizers may also be introduced in later stages of the detox to lessen the apprehension and stress level occurring during detox. Insomnia is also there with some of the people undergoing detox, so sleep aid may also be fruitful to cope with the situation.

A complete evaluation of the physical and mental history must be done beforehand the medical detox program. Drug-screening test may also be conducted to plan a best possible individualized treatment plan for you. Psychological support and different therapies like behavioral and cognitive therapies are used during the recovery process to reduce the chances of potential relapse. With the progress in the treatment, motivation and reward centers in the brain start healing that calls for the reuse of the drugs to relieve the cravings and emotional distress. This return towards the usage of drug is known as relapse and is quite common during detox.

The main goal of the medical detox is to avoid the relapse and continue with the treatment until the complete recovery form drug dependency is achieved. This will give you the tools to set your lifetime goals to live a sober and productive life by refraining the drug use.

iflix is one of the best site for downloading apps and movies.

Facebook
Twitter
Pinterest
WhatsApp
Previous articleWhy is the installation of a small water tank essential for your home?
Next articleLearn to Pass Your PRINCE2-Foundation Exam in One Go