More
HomeAllA Day Out With Family To The Kingdom Of Dreams 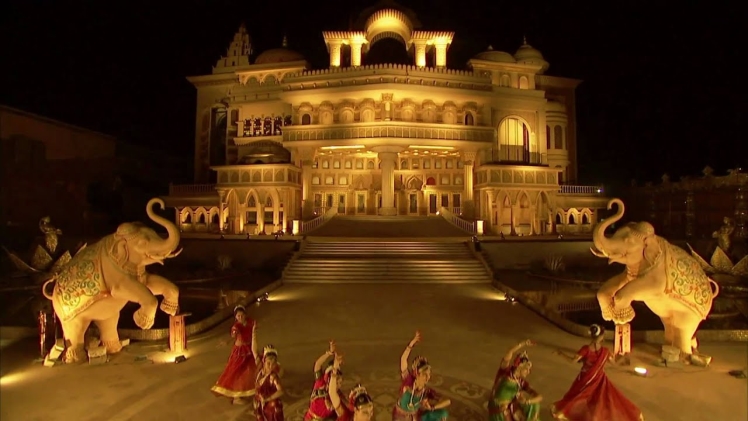 A Day Out With Family To The Kingdom Of Dreams

My family and I visited Kingdom of Dreams during my last summer vacation and spent the entire day marvelling at the place. The adrenaline rush and excitement had been building since the day we first discussed going there. We immediately began looking online for the tickets, and reliable car rentals in Delhi for a convenient commute, among other things. While preparing for the visit, the family’s joy was at an all-time high—everyone was excited to see what this beautiful realm had in store for us.

Arriving at the Kingdom of Dreams

Finally, the day had arrived—the day we had all been excited about for weeks. We all got out of the house and were on our way to the Kingdom of Dreams in no time. The vehicle was buzzing with conversation. Every member of the family was ecstatic and eager to see what lay ahead.

As we stepped into the Kingdom of Dreams, we were greeted with a world of magical fantasy that had an incredible exhibit of art. The majestic architecture and vibrant ambience caught our eyes and revitalised our senses. The site was jam-packed with technical advances and took us on a fantastic tour across a varied range of cultures and lifestyles.

We initially went to witness the legendary play “Zangoora – The Gypsy Prince” in the Nautanki Mahal, which was their auditorium. The auditorium was nearly full, with over 1000 individuals on site. The theatre is built to seem like a huge palace, and sitting in it gave us a royal feeling.

It was the ideal spot for us to watch a show. The charm of Indian cinema came to life at this location, making it one of our trip’s best highlights. It also had a lounge where we could get snacks and beverages during the intermission.

Culture Gully and its delicacies

We were starving after viewing the outstanding theatre performance, so Culture Gully was obviously our next stop. Culture Gully was the hotspot we were looking forward to visiting to learn about the cultures of India’s several states. With a magnificent sky dome above our heads, we felt as if we were in another universe altogether.

The Mekhana Bar and the Kerala Bar are two lounge bars in Culture Gully. Both were stocked with unique beverages and snacks. Aside from the delectable cuisine, the Culture Gully had people costumed as animals and inhabitants from other cultures, and that seemed to enthral the children a lot. Culture Gully was a very interesting and vibrant place.

After roaming around and exploring all the places in the Kingdom of Dreams, we were exhausted. We treated ourselves to some mouth licking dinner before calling it a day. After booking a car with a convenient Gurgaon Car Rental service, we reached home. At night we sat together in our verandah,and  recalled the amazing day we had had and the memories we would cherish forever. It was indeed an unforgettable and memorable experience for all of us.