More
HomeTravel5 Tourism Places in Bugis Singapore You Must Visit 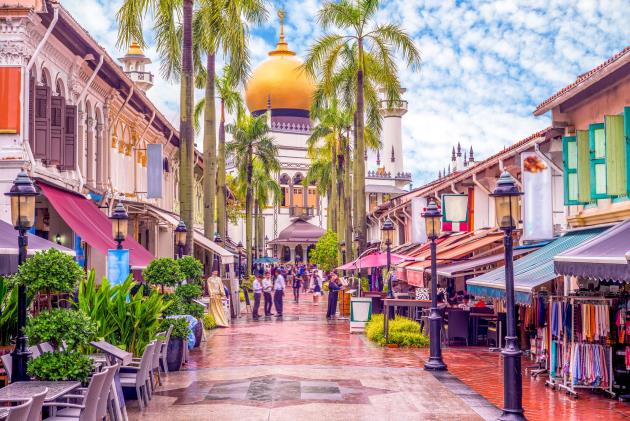 5 Tourism Places in Bugis Singapore You Must Visit

Bugis Street is the most recognizable part of Singapore, and it has a fascinating history to boot. Before World War II, it was a popular destination for Japanese prostitutes. During this period, the area gained international attention for its nightly gathering of transwomen, who assembled in the area and were subsequently immortalized in the film Bugis Street (1995).

Thanks to its rich history and numerous retail opportunities, it has become a popular tourist and shopping destination for tourists and locals.

There are lots of things to do in Bugis. However, these five tourist places are the places you must visit. Not only the tourism places. You can easily find many hotels in Bugis as a place to stay overnight in Singapore.

This magnificent temple, completed in 1884, is an excellent example of classic oriental temple construction. It is devoted to the goddess Kuan Yin, also known as Avalokitesvara or the Goddess of Mercy, represented by the lotus flower. Many people flock to this temple on the eve of Chinese New Year’s Day.

It is an excellent representation of Bugis’ pre-World War II architecture and history. It was one of the few structures to survive the war intact. Due to the limited space, you should use caution when dealing with large groups of people. Additionally, the famed Albert Center Market is only a short walk away if you wish to eat later.

This location, which serves as both a museum and a cultural center, is dedicated to the legacy of the indigenous Malay population. Visitors to the Bugis area can take pleasure in discovering the well-worn traditions of the more incredible Malay World, which includes the Bugis people, from whom the Bugis area derives its name.

A permanent gallery to get lost in and exhibitions of art, film, drama, and other forms of creative expression, both modern and historical, may be found here. It is also located in the Kampong Glam neighborhood, which was the site of the first Malay settlement in Singapore.

Once you have exited the Bugis MRT station, this is a must-visit location because it is located right in the center of Bugis and is continuously swamped with consumers due to the numerous stores catering to all preferences.

This mall is considered one of the most aesthetically beautiful in the area because it integrates outdoor and modern-day inside mall design, which preserves the neighborhood’s history in a particularly effective manner. Cafes, boutiques, and everything else that catches your eyes is to be found in this neighborhood.

After walking around Bugis Junction, you can rest for a while at Hotel 81 to restore your stamina. You can check the updated price from Hotel 81 on Traveloka.

Pay a visit to Singapore’s hipster street, which has become rather popular. However, it’s easy to overlook the lane, and the exploration is well worth your time. Both sides of the street are remodeled shophouses that mainly cater to a trendy population looking for one-of-a-kind items or bar hoppers looking for a place to pass the time while drinking.

In this attractive location, you may expect to see unique styles and stylish locals in this stunning location. It doesn’t matter if you aren’t into fashion; this avenue is still a pleasant place to stroll around and admire the diverse designs of old shophouses.

Take a break from the city and visit Bugis Village

Cross the street as soon as you depart Bugis Junction, and you’ll come across an overwhelming number of stalls that are tightly packed together in a tiny path that extends for quite some distance. Handicrafts, souvenirs, phone covers, sex toys, and snapbacks are all vying for your attention as you go through the store.

This area is frequently congested. A flea market with elements of a street bazaar, this location is fantastic for finding cheap discounts on things from all over Asia, primarily sold by young, inexperienced traders and businesswomen in their early stages of business.

Those are five things to do when you visit Bugis, Singapore. When you decide to visit Bugis, don’t worry, you can find many hotels in Bugis that you can choose from, one of which is Hotel 81. At an affordable price, you can already stay at a comfortable hotel after a day of sightseeing in Bugis,